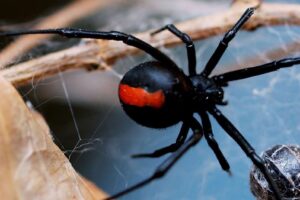 Where ever you travel in the world people ask about Australia’s deadliest spiders hiding in our homes. But for Australians it is about awareness and educating our children on spiders and what to do if bitten.

A lot of spiders found around the home are actually not that dangerous but the stress from seeing one drop from the fan in the bathroom when your showering or on the window of your car can be enough to scare most people. It is true what they say that nothing turns you into a karate master quicker then walking into a spider web crossing your path.

But what are the deadly spiders could you find hiding around your home?

Size:
6cm Body with a Leg Span up to 16cm
Appearance: Hairy, dark or light brown with a silvery sheen and big fangs.

Australian Tarantulas are expectedly the largest spider in Australia with 1cm fangs which are bigger then the common brown snake of 2.8mm which means they can take on larger prey and will hurt a lot if bitten. Although the Australian Tarantula isn’t as deadly as some of the other Australian spiders it still can make you very ill with fever and vomiting that can last for 6 hours! However, these are considered deadly to our pets with bites causing death in some cats and dogs.

Appearance: Slender dark reddish / grey with dark orange-brown banded legs and a white tip on the end of abdomen.
White tail spiders are found wondering throughout Australia. They enjoy living in linen such as clothes, towels and sheets. Which is a scary thought when tucking your children into bed for the night.
They are not web spinning spiders but will by night hunt out other spiders such as the black house spider for a late night snack.
Their bite has been a common subject of discussion as it is said that a bite from a White Tail Spider can cause arachnogenic necrosis, that is open sores caused by the death of the bites surrounding tissue. However, it is now believed that the bite itself causes localised pain and swelling with some mild general effects.

Size: 20-30mm
Appearance: Females are bigger then the males both are covered with fine brown to dark brown hair.

Although the Trap Door Spider is often mistaken for the Sydney fennel-web it is not anywhere near as deadly. A bite can be painful but are not toxic. The live in tunnels with circular shaped doors which they close when unexpected prey come calling. Males are more aggressive than females.

Appearance: Bulbous head and jaw with smooth and shiny head and legs. Males are colourful red and blue and females are black.

There are 8 species of Mouse Spiders found in Australia and are usually found in burrows, around rivers and other water sources. These spiders are generally seen after rain. They have powerful jaws which allow them to eat bigger prey such as small lizards, frogs and some small mammals.
Mouse Spiders have a painful bite which in some cases treated using Funnel-web anti-venom. It is important to always check your shoes it left outside and don’t aggravate one if found as they can get aggressive and take chase.

Size: Males 3-4mm and Females 1cm
Appearance: Distinct red stripe on abdomen and males also have white markings on the upper side of the abdomen.

The Red Back Spider is one of the most recognisable spider of all Australian Spiders and easy to identify due to the red stripe on the upper side of its abdomen. Red Back Spiders can be life threatening to children but aren’t so serious to adults. They still inflict a very painful with between 2000 to 10,000 people being bitten yearly. The scary part of this is the high number of people who are bitten around the genitals! Luckily there is an effective anti-venom available.

There are around 40 different species of funnel web spiders in Australia but only 6 can cause severe envenomation. The Sydney Funnel-Web is the most dangerous spider in the world and has many attributes to earn this title. It is aggressive and will bite anything that threatens it and won’t stop at one bite. They have been found clinging to their victim and inflicting multiple bites. Their fangs can pierce through finger nails and shoes.
It is the males venom is 6 times stronger than females giving them the deadliest bite. Within minutes the toxin attacks the nervous system and in extreme cases death within 15 min of being bitten. An anti-venom was developed in 1981 which since then no fatalities have been recorded.