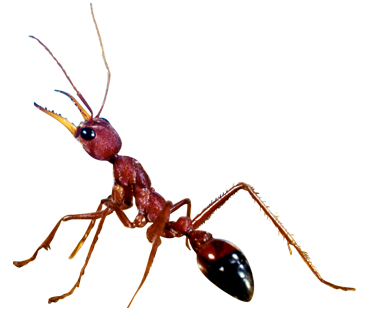 Ants can be a real nuisance! Pest Alert can rid of ants and provide specialist advice on prevention strategies. Don’t waste your time and money, get the experts in. We’re the Ant control experts!

Our ant control treatments prove very effective. Although ant bites can be quite painful majority of the time they are mainly a nuisance affecting all different types of buildings during the summer collecting food in their colonies for the colder months of the year.

Ants are one of the most common pests found in properties, they can travel large stretches looking for their basic needs such as food and water so it makes sense that they like to take up home in the kitchen, pantry and BBQ areas. Photo credit: J Green.

There are various types of treatments which depend on if you know where the nest is located and it is important to know what type of ant is invading your property.

Technology has come a long when treating ants and a new granular ant bait product has been developed which contains an insect growth regulator which is very attractive to ants and they take back to the colony to feed the other ants thus getting to the heart of the problem and not just controlling the visible ones. The downside to this treatment is that there are a range of ant products available depending on the type of ant you have so again it is important to determine the type to get the best result. Our products and leaps and bounds ahead to those found in supermarkets/hardware stores.

There are 6 main types of ants that can be found in homes.

White-footed House Ant
Black ant with yellow feet, usually around 2.7mm long.Normally found outside in trees and the ground but are known to also be found in walls, roof spaces, fire places and air conditioners, they colonialize a large area with many mini nests and contain a millions of workers and several queens which work together in search of sweet tasting foods. Responds really well to our Ant Control treatments.

rous House Ant
Black to brown ant, usually around 2-3mm long. They have a rancid smell when squashed.
Normally found outside under trees and the ground but are known to also be found inside around high moisture areas. Outside they like shallow nests under stones and other flat objects such as pavers. Their colonies usually comprise of more than 10,000 workers and many queens.

Coastal Brown Ant
Brown ant, usually around 2-3mm long.
Normally found outside under trees and the ground but are known to also be found inside around high moisture areas. Outside they like shallow nests under stones and other flat objects such as pavers. Their colonies usually comprise of more than 10,000 workers and many queens.

Bulldog Ant
The Guinness World recorder for most dangerous ant in the world. Bulldog ants (aka Bull Ants) are approximately 10 to 20mm in length. Bulldog ants prefer to nest in garden or forest areas. They have characteristic large eyes and long, bright red or orange colours on the head or abdomen, slender mandibles and a potent venom-loaded sting. These ants can deliver painful stings and are aggressive, luckily our ant control methods are effective against Bulldog ants. They have killed three people since 1936.

Argentine Ant
Argentine ants are small brown ants. They are small and slender, 2.6 to 3.2mm long, and are dark brown in colour.  They have a slight greasy, musty odour when crushed. Argentine ants do not possess a sting but will bite readily, although the bite is not painful. Found in the ground, in cracks in concrete walls, in spaces between boards and timbers, even among belongings in human dwellings

en Headed Ant
Metallic-green coloured ant, generally 5–7 mm in length, that can be found throughout Australia, particularly in urban and suburban areas. They nest underground below logs, stones, twigs, and shrubs, or in decayed wooden stumps, and are sometimes found living in termite mounds.

Interesting Fact: White ants (Aka termites) aren’t actually ants! Believe it or not they are related to Cockroaches.  Learn more about termites by clicking here.